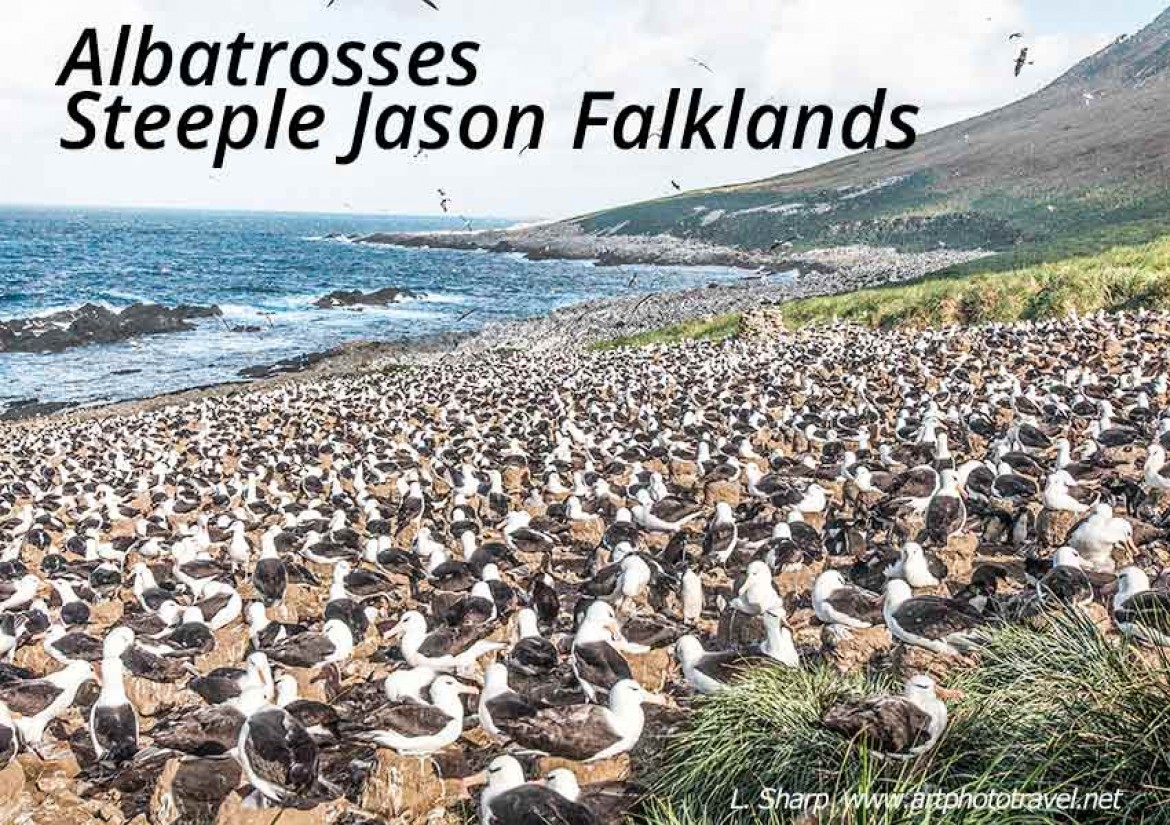 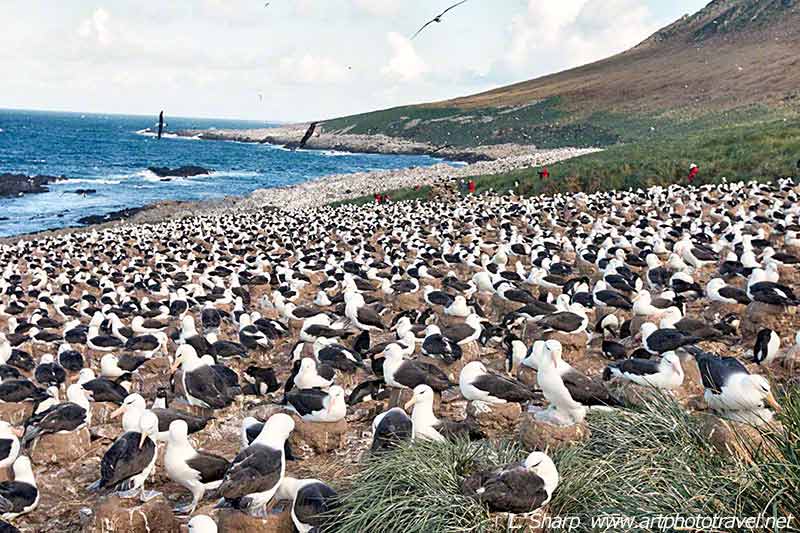 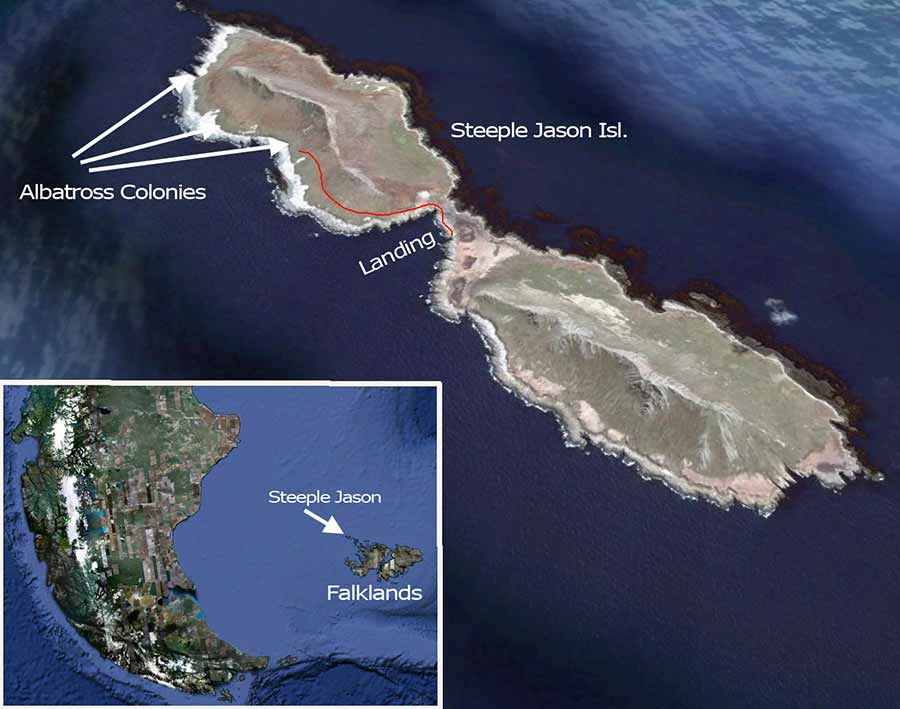 The 150,000 Black Browed Albatross colony on the island of Steeple Jason ( see Steeple Jason map Fig.1) in the West Falklands is the largest of its kind in the world. The rookery of mud and grass nests extends over 5km covering the shoreline and lower slopes of the northern half of the island. On the land side the rookery is bounded by giant tussock grass that in places is taller than a human. This serves as a useful hide allowing close access to the rookery without disturbing the nesting adult females or their fluffy chicks. From this thicket one can view a spectacle of nesting albatrosses covering an area from just beyond the tussock curtain to as far as the eye can see along the shore, with birds courting, fighting, crash landing, and feeding their chicks, while predatory Brown Skuas swoop low over the rookery looking for weakness and opportunity.
In amongst all this are Striated Caracaras that strut around as if they ruled the island and are not afraid of anything or anyone. They are audacious birds that will steal items off your person if you are complacent.
This whole production takes place on desolate windswept island dominated by foreboding peaks. With fine weather it can be a magnificent experience. 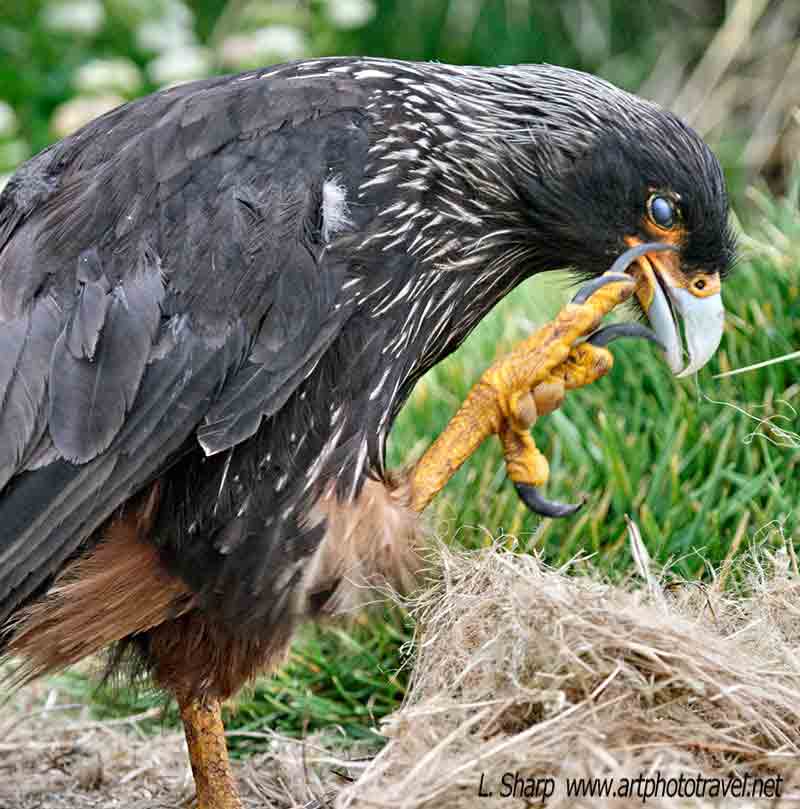 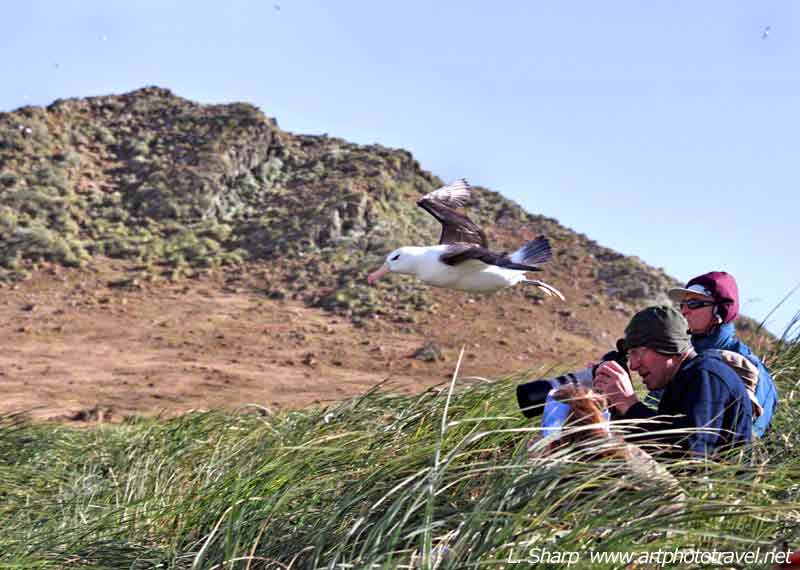 ♦Access to the island is by expedition cruise ship. I have been twice with Cheesemans Ecology Safaris www.cheesemans.com and both times (with good weather) stayed on the island for most of the day. I found them extremely professional and they tried very hard to please. Their aim is to give you as much land time as possible.

♦It is a 2km walk to the edge of the albatross colony from the landing site with the path rising 60m around the flanks of the mountain spur and then going down to the tussock grass.
♦The tussock grass is tall and difficult to walk through, so good boots and strong clothes are advisable.