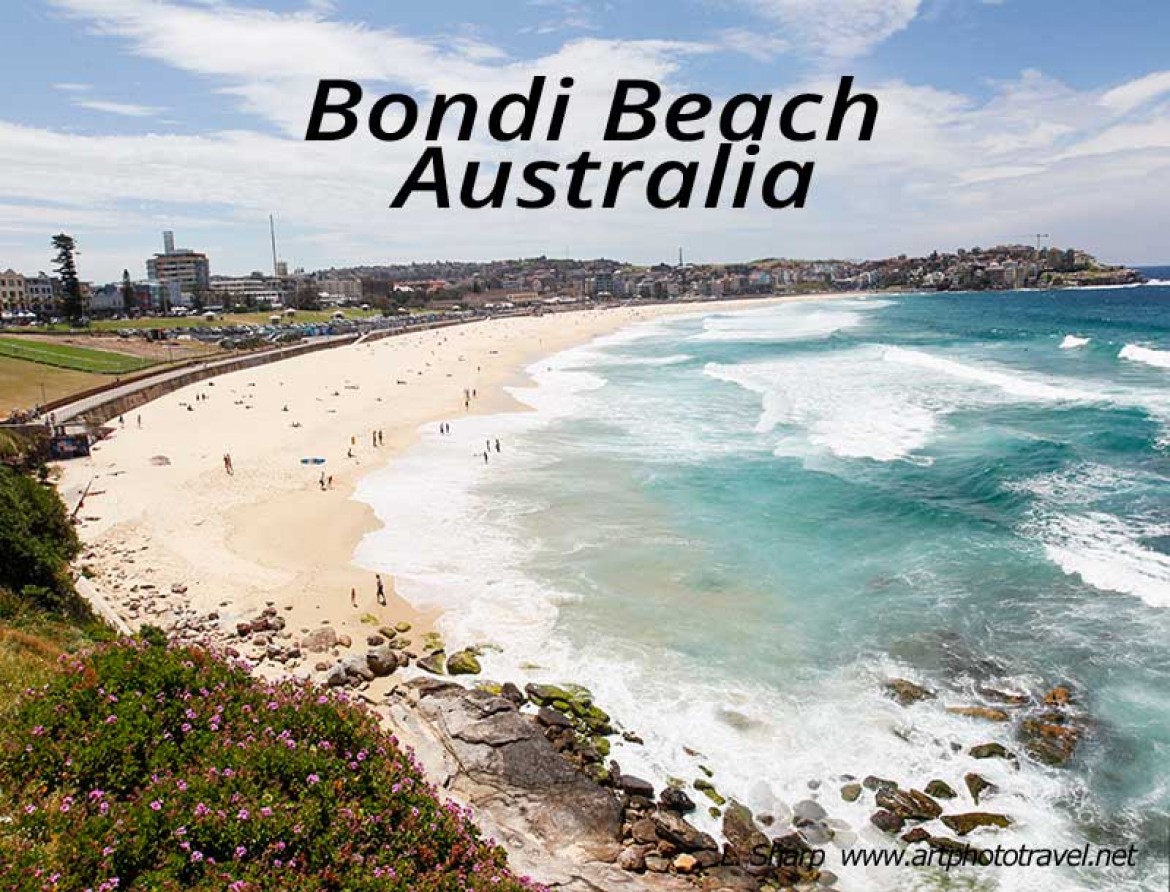 One of the world’s top city beaches.

A tale of the perfect beach.

Some time ago a newspaper journalist reported he had found the best beach in the world in Costa Rica. Or was it in Colombia?  Anyway, he described the vista that met him after his 2 hour taxi ride over a bumpy dirt track, as a magnificent curved white sand beach, completely unspoilt by human impact, fringed by curved coconut palms and greenery, and framed by a sea of the clearest turquoise.
It was a hot day and he removed his shoes and shirt, but as he approached the tree line, thorns that had blown from the jungle stuck in his foot, and signs warning of falling coconuts scared him from sitting beneath the palms. There was also a disagreeable smell of decaying fruit which drove him back to the shoreline. Knee deep in the crystal clear water, and about to take swim, he was reminded of sea snakes, and worrying images from the film “Jaws”, flitted through his consciousness. Suddenly, he started to worry about unseen dangers lurking below the surface. Not a brave or foolish person, but now hot and sweating from a relentless sun, and being completely on his own, he decided to retire to the safety of the shaded pool at the 2 star hotel located at the end of the beach.
And over a cold beer, he stared outward savoring the vista, and pondered on the changes needed to make it perfect.

And now for Bondi Beach

Bondi may not be the best beach in the world, but it must be close.
Bondi is a gently sloping, fine off white sand surfing beach located in the Eastern suburbs of Sydney. It has a crescent shape with an eastern aspect facing the Pacific Ocean and is bounded at each end by sandstone cliffs that are 1km apart. From these vantage points one can see the bottom on a calm day, see Fig1. World record sharks have been caught in the 1960’s off the North point known as Ben Bukler, but now few sharks are seen due to an active netting program. There is also a permanent shark lookout from the Bondi lifesavers observation room, and during peak times a helicopter and fixed wing planes patrol the eastern seaboard.

The beach is flanked by a pedestrian promenade, a road open to cars with angle parking, some promenade cafes and restaurants and an outer region of sloping grass and some trees. Outside is the main access road with a ring of beach shops, a variety of restaurants including fine dining, and a few hotels and backpacking hostels, Fig1.
At peak times the beach can expect tens of thousands of visitors and swimmers. To keep the beach clean it is raked daily by machine that removes debris and levels the surface. Glass, smoking and dogs are not permitted on the sand, and from time to time earth moving machines redistribute the sand to keep the beach in good condition. A shallow rock pool for children is located at the north end, and the Iceberg swimming Club
with an outside Olympic pool with sweeping vistas over the beach located at the south end.

Fig6. Kite flying at the Festival of the Winds

Fig5. The start of the Bondi Roughwater swim.

Bondi holds a number of spectacular annual events.
♦ The finish of the Sydney to Surf half Marathon held on the second Sunday in August. This is one of the largest half marathons in the world with some 85,000 competitors in 2011.
♦ The Festival of the Winds, where giant kites are flown from the beach on September 1.
♦ The Boost mobile surf carnival, to be held next March 2012. It is a major aerial surf competition  which attracts  world ranked surfers.
♦ The Bondi to Bronte ocean swim, to be held on 4th December 2011.
♦ The Bondi Classic: a 1km and 2km ocean swim, to be held on Sunday 12th Feb 2012.
♦ New Years celebration and beach dance that is held on the night of 31 December.
Sculpture by the sea. A large outdoor sculpture exhibition on the southern headlands
between Bondi and Tamarama. This year it is held between 3-20 November 2011.
♦ Bowl-A-Rama Skateboard Championships, to be next held on 21-25 February 2012.

Fig8. Bondi sculptures by the sea

♦ Bondi surf conditions vary from dead calm to occasionally 10m, averaging 2-4m. On one occasion I body surfed on a rubber inflatable boogie board and came out holding only the two handles.
♦So every day Bondi beach presents a different persona, from the tranquil to the ferocious, from baking hot to freezing. It is never dull or boring.
♦ The water temperature varies from 180C in November to 250C come March. Warm enough for me to have body surfed for 8 hours at a time (a long time ago).
♦ Bondi has two main rips, the Backpackers at the north end and the tram express in the south. Both rips are used by surfboard riders to pass quickly through the broken water and get into position, but are dangerous to inexperienced swimmers. Consequently, the designated swimming areas are selected each day to provide a safe body surfing environment, with the surfboard riders having their own area, predominantly in the southern section. This results in an overall safe surfing beach.
♦ There are free fresh water showers for swimmers along the pedestrian promenade, and free public toilets and change rooms in the Bondi Pavilion located in the centre of the beach.
♦ There is a wide range of cafes, fast food outlets, and fine dining restaurants with spectacular views tha encirle the beach.

♦ The best swimming months are January through February (my assessment). The summer weather is usually stable with hot clear days with a water temperature around 20-23 0C. Note this is also the peak summer season, during both school and university holidays. During December and March the weather is more variable, with Boxing day, the 24th of December, being historically overcast with showers. (don’t ask me why). A few years ago we stood on the promenade in freezing rain on Christmas day when some UK visitors came up to me and retorted, “And we came here? its colder than London”.
♦ I find the best swimming time is the morning on a rising tide. The morning has generally calmer wind conditions and the sun is more gentle. By late afternoon during the peak summer season, the beach can be packed, with little room between the flags to body surf, the access roads in and out of Bondi become grid locked, and the sea breezes which build in the afternoon can become fresh causing choppy water conditions.
♦ Surfboards can be hired from a portable on the promenade during peak times or from shops near the beach, eg www.bondisurfco.net.au and www.letsgosurfing.com.au/, the latter also providing casual surfing classes.

♦Now that, is my perfect beach.