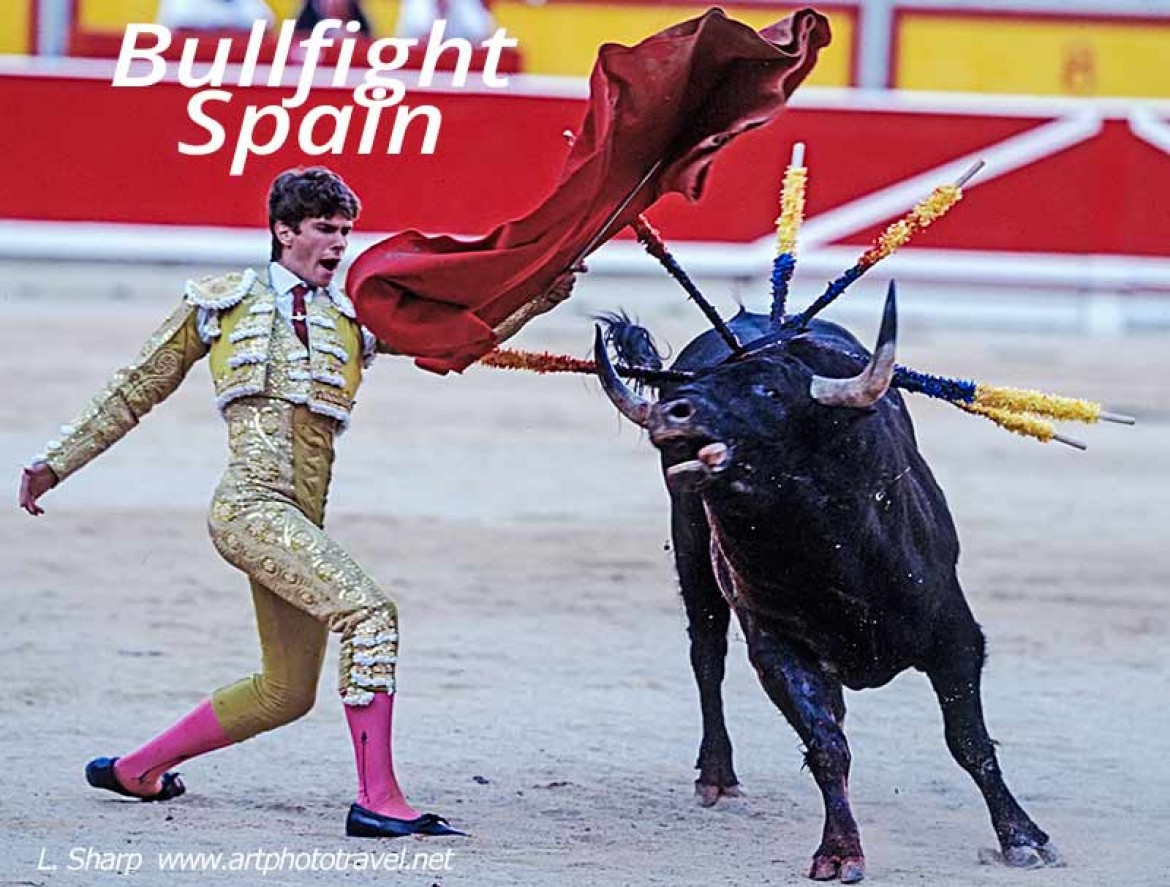 The bullfight was not going well. It had in fact reached a point of crisis.
This famed matador with his private entourage had come to Seville to show his artistry and courage before this discerning audience. There was little doubt that he was very good and experienced, yet the crowd was not impressed, and had not awarded him any respect.
Three bulls had already been dispatched, but their lack of fighting spirit and ignominious departure had demoralised the troupe and cast a shadow over this ritual.
When the fourth bull came hurtling out of the tunnel, it charged at anything that moved, even burying its horns into the protective fence. One could sense from its bearing and the way its eyes darted back and forth, that this bull was different. Its shear raw energy stirred the crowd from their lethargy and lifted the performance of the matador. When the picadors entered with their lances and armoured horses, the matador waved them from the arena before they had finished their task. “Now with this fine bull we shall see how good he really is”, the man next to me whispered pointing to the matador in his suit of white and gold. Together they moved as one, twirling and charging as so many combatants had done before, the matador staying in the one position, taunting his adversary with the sinuous motion of his body and the gentle sweep of his arm and cape. The bull rushing past, its horns ever so close, as the matador pressed his body against that of the bull fig1. The whole stadium roared its approval. At last, he was able to show his control, his poetic mastery of this choreographed ritual. Even those, who earlier were so critical, now compared him to the great matadors of the past.
And at the end, when the bull was finished, lying dead on the arena floor, the president of the bullring with the supporting roar of the crowd awarded him the ears and the tail of the bull. It was the great honour the matador sought, here in Seville.[/column] 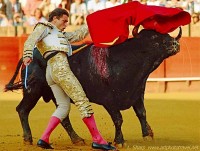 ♦ If you have a large telephoto lens  be discrete, and if questioned show it is not a video camera, as video cameras are not allowed.
♦ The bullfight takes place in the late afternoon with the arena part in shade and part in full sun. It is best to have seats in the shaded section as the open sun section can get very hot and very bright with the sun in your eyes.
♦ Tickets are available (2010) from the office at the bullring, the Plaza de Toros de la Maestranza, or online at Plaza de Toros de La Maestranza and at a small booking office La Teatral  .
♦ Seating is cramped, but there is enough room for a monopod. The first 3 rows provide a good aspect, although the audience across the stadium will be in the view. There is then a walkway separating these rows from the 4th row (also good but people can walk in front) and higher rows. If you get the first row which provides the least obstruction, make sure the seats are not where the fight officials congregate such as the entrances to the ring and the 6 small protective barriers as the officials may block your view.
♦ Disturbing your neighbours is an issue, both from continuous shutter noise and by intruding into their personal space especially for the person in front.
♦ The ring is quite large and the action can move around from close to far. As a guide, I sat in the front row and found a 500mm lens on a medium format Hasselblad camera appropriate.
♦ Bullfights can be disturbing and with a mediocre matador, much more so.