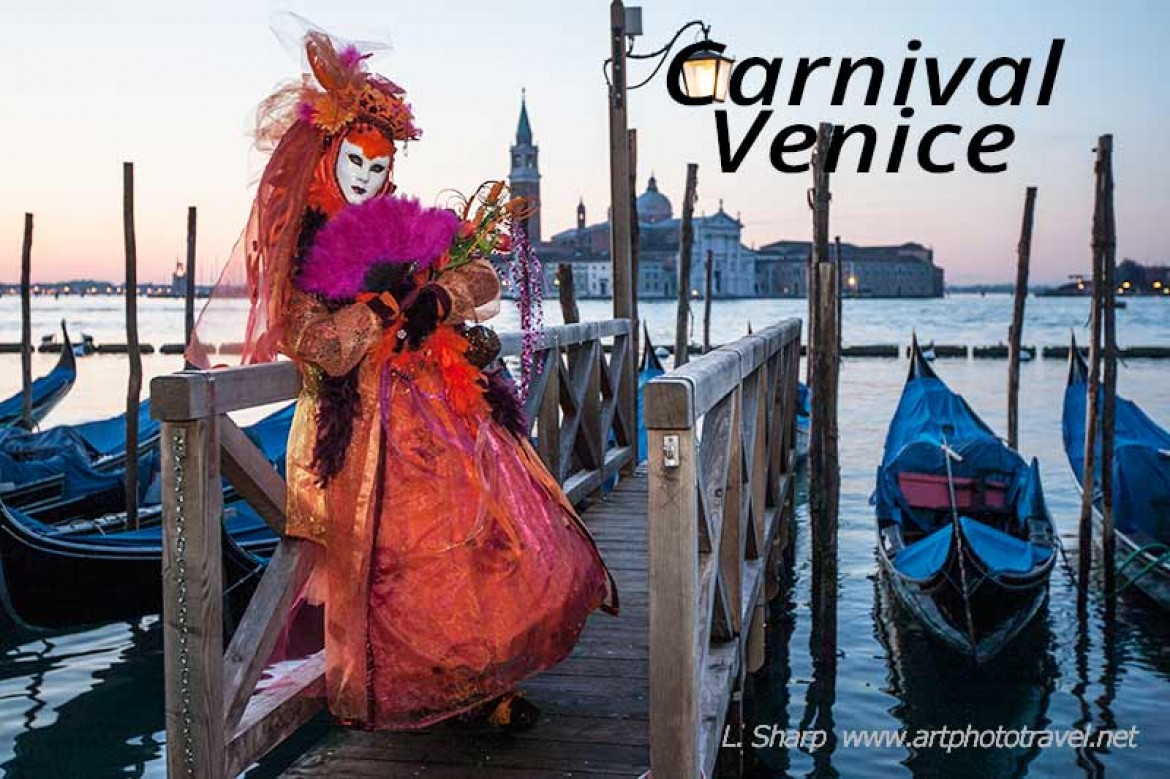 Carnival of Venice a Review.

The Carnival of Venice is as much a state of mind as it is of live theater, masked balls and spectacle. Venetians and tourists have been part of these celebrations for centuries cloaking their identity and social status (and probably behaviour) from the public behind masks and costumes. So although it has become very popular attracting tens of thousands of day visitors there still remains a feeling of authenticity, notwithstanding a visitor asking if Venice was built before or after Disneyland.

♦ It may become extremely crowded around Saint Marks Square between 9:30 am till 5pm when the day visitors are present. As an example, on the first Sunday of Carnival we became completely trapped by the crowd for 1.5 hours in a side street off St Mark’s Square as we returned from a regatta fig1, at the Ponte di Rialto, for the “flight of the Angel”; which in the end we never got to see. By the way the “flight of the Angel” celebrates the high wire performance of a 16th century Turkish acrobat and his slide down a rope from the bell tower to present a floral tribute to the Doge.

♦ The carnival provides models to parade in mask and costume to set the atmosphere and encourage others to dress up, and to pose at dawn for photographs along the Grand Canal foreshores in front of St Mark’s square figs2-3.

♦ On the first Sunday of the carnival, there is a procession of the 12 Maries (young women),where musicians, flag bearers, drummers and people acting as aristocrats and peasants are dressed in medieval costumes. The procession starts at San Pietro di Casteello church at 2:30pm and proceeds along the foreshores of the Grand Canal to St Marks Square.

♦ For a sense of history and period grandeur, there is the Danieli hotel’s Dandolo Palace fig4, overlooking the Grand Canal close to the Palace of the Doge.

fig6 The procession of the 12 marie

fig5 staircase at the Dandolo

It was built in Gothic style at the end of the 14 Century by the descendants of Venice’s first doge, Enrico Daandolo, and was lavishly decorated with fine silks, paintings and antique period furniture. A majestic staircase illuminated by fine glass chandeliers completes the grand image fig5. We stayed at the palace in a junior suite (see fig4) overlooking the lagoon. This allowed easy access to all events, as well as providing alternate routes to other parts of Venice avoiding the crush surrounding St Mark’s Square. From the window I could see the costumed models coming at dawn to pose on the foreshores of the Grand Canal and had ample time to get into position to take photographs. The window also provided a clear view of the Marie procession as it passed directly underneath, fig6.