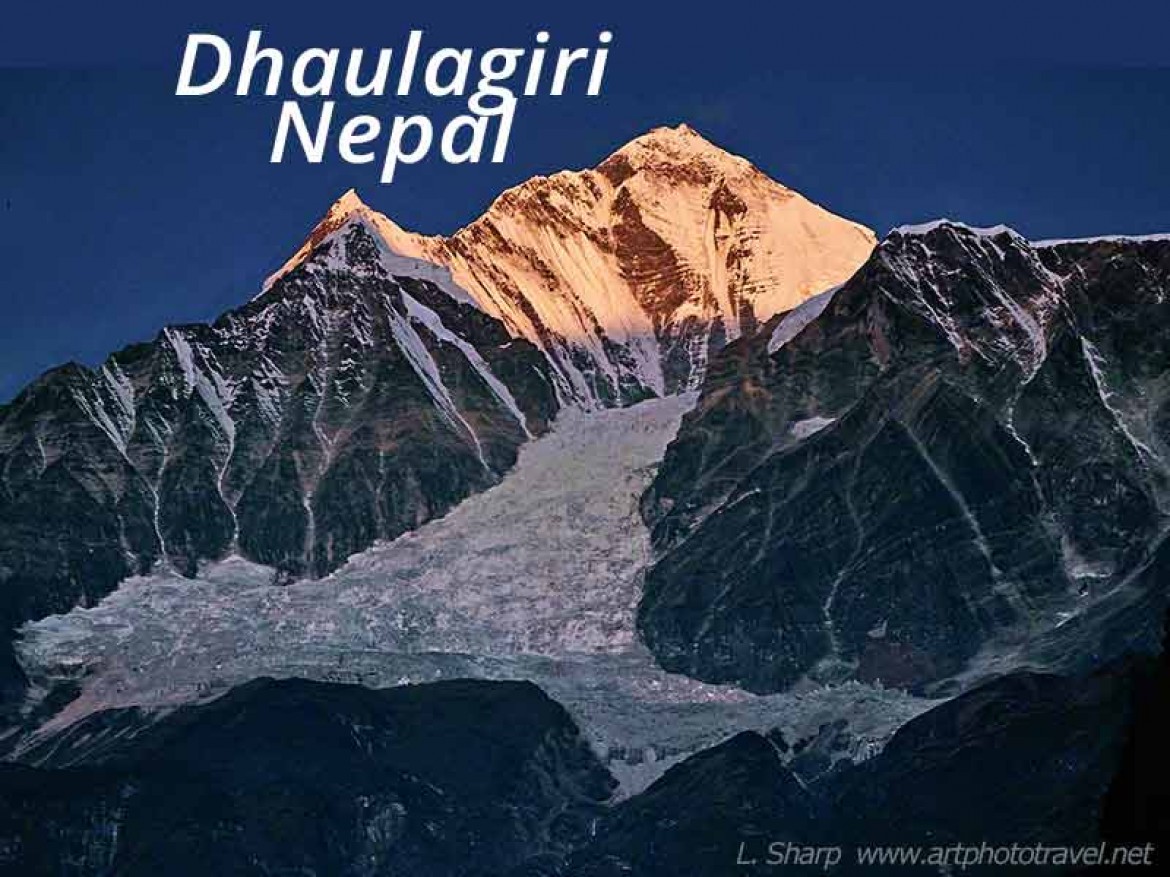 There is a place which provides an expansive view of the Dhaulagiri massif. Looking down from its 8,167m peak, one can see its massive north snow face, leading to a large glacier that tumbles a further 2000m down the mountain to the snow covered rock band at 4600m.  At lower altitudes the rock band gives way to barren alpine slopes which in turn morph into forest covered foothills that reach above the villages of Khobang and Larjung at 2,560m above sea level. A visual expanse of 5,600 vertical metres.
The best location is across the stranded river of the Kali Gandaki between the villages of Khobang and Larjung as shown in fig2. The image of the sunrise over Dhaulagiri show in the featured image was taken at position A, but I think position B would be slightly better.

At the time it was a feeling of pure exhilaration at  witnessing the moment of dawn over the 7th highest mountain in the world, wisps of snow blowing sideways from its peak.

Dhaulagiri location map. From wikimedia atlas map of the world

At the same time it was a moment of great frustration and despair, as at this particular instance while bracketing exposures and changing lenses the camera jammed- the only time this has occurred in 20 years. By the time I changed cameras the magic had passed.

♦The best time is September-November when the weather is clear and stable and visibility infinite.
♦Fig 2 was taken with a 250mm lens and a Hasselblad. A 50mm lens on medium format would include both Dhaulagiri and the village of Khobang in a single frame.