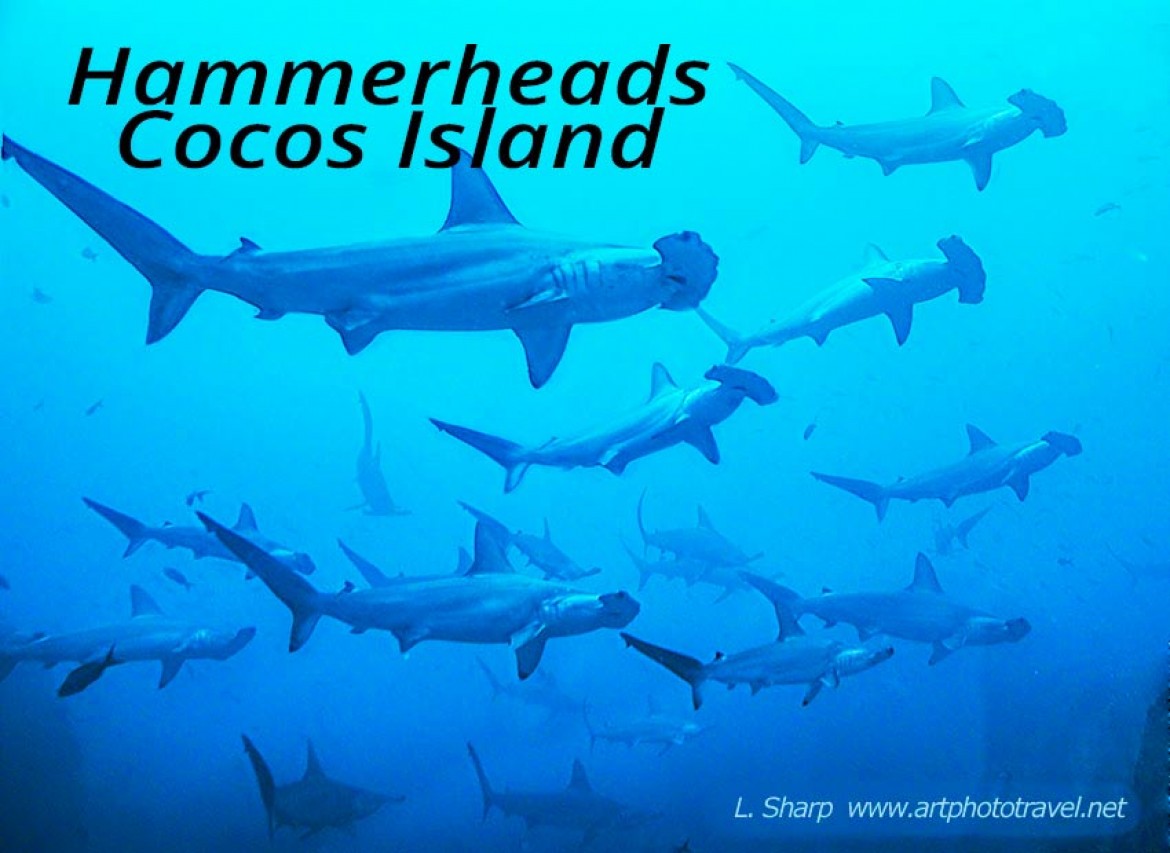 Being surrounded by hundreds of hammerhead sharks in the waters of Cocos Island is one of lifetime’s must-do activities.
Normally accessible, only to experienced scuba divers, there is now the opportunity to be part of this spectacle by  paying passage on the three-man submersible DeepSee, with its walk-on walk-off one atmosphere acrylic capsule.

Scalloped hammerhead sharks school in vast numbers around Cocos throughout the year, but particularly during the wet season from June through October, when the schools frequent the top 40m of water.  Here, they are seen to socialize and attend  a number of ‘cleaning stations’ where their parasites are removed by barberfish and king angel fish.

Their behaviour in this environment is non-threatening, allowing very close encounters, it being believed that they feed at night in the deep on squid some distance off the coast of Cocos Island returning in the morning along  fast moving currents. Another amazing spectacle is the night dive where white tip sharks hunt in frenzied packs searching the nooks and crannies for any fish that has not fled the area. In addition, the Cocos marine park supports a vast biomass of fish from the very small through a range of sharks, including Galapagos, tiger and whale shark as well as  mobula, eagle and giant pacific manta rays, crowning the Cocos Island as one of the top diving sites of the World.

The influence of the Thermocline

The depth of  hammerhead activity is influenced by the thermocline, a narrow turbulent, layer of water that separates the warm upper water column, from the cold of the deep. The hammerheads tend to stay  above but near the thermocline.  Its depth is influenced by tide and weather, but there is a general rise (~30m) during the rainy season and a descent (~100m) during the dry season. Other factors involve the presence of La Nina, which will raise the thermocline, and El Nino, which will lower the  thermocline. 2013 was a neutral year, with the October thermocline located around 40m. As diving with Nitrox is limited to 43m, the position of the thermocline is critical for scuba diving, but it is not a factor for the DeepSee  submersible.

Getting to Cocos Island 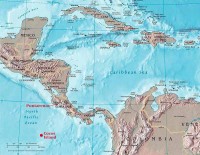 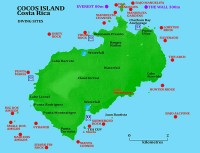 Cocos is a small tropical island 350 miles off the pacific coast of Costa Rica. It can be reached only by live-aboard diving boats that make the 36 hour sea journey from Puntarenas on the Costa Rican coast. There are two commercial operators. The Undersea Hunter group, www.underseahunter.com with three vessels including the upmarket ARGO which carries the submersible Deepsee, and the Aggressor group with two vessels,  http://www.aggressor.com/. Both groups run 3 dives per day plus night dives during their 7 day stay at Cocos Island.

Siphonophores at 300m depth at the Wall Cocos Island

The DeepSee is a 7 ton, one atmosphere submersible holding 2 paying passengers and a pilot in a 1.7m diameter 9.2cm thick acrylic dome. It is capable of diving to 430m but limits its casual use to 300m. It has the surface tender TopSee,  which handles communication and surface chores including towing the submersible to and from the dive site. The Deepsee runs one morning and one afternoon dive, of 1.5 hours to 100m, or 3 hours to 300m. Reservations can be booked six months in advance except during its annual November inspection.

Visibility ranges from 17-24m  (see fig) occasionally exceeding 30m as there is a lot of nutrients in the water. Strobes become indispensable when the sharks get close as they frequently do. For the large fish, a 10-17mm  or 12-24mm zoom lens (DX format) is a good starting point.

A Manta Ray glides over our submersible at 70m depth near Manuelita, Cocos Island; video by submersible staff, 29sec

Photographing from the DeepSee

The Deepsee has an external HD video camera and lights that can be controlled from inside. It also has arms that can be used to attach cameras and strobes, but the housings and controls must be supplied by the customer. Photographing from inside the dome is challenging, as the optical centre of the dome is not accessible being blocked by the control panel. Cameras can be positioned within 30cm of the centre (plus distance to entrance pupil), but the eyepiece  is not accessible.

This can be ameliorated using a remote video screen or using a 90 0 viewfinder attachment. Lenses from fish eye through 70mm can be used in this way. A Canon 5DIII with a 25-70mm zoom lens was able to focus on the virtual image, although the overall image was not as sharp as would occur with a standard underwater housing.  Using a compensating lens (one dioptre) did not improving image quality. Photographing with the camera located  in an arbitrary position, or close to the acrylic surface, requires a fisheye or wide zoom as the refractive index of the dome varies locally. Still the submersible provides the most convenient platform for photographing schools of hammerheads or mobula rays as it can position and hold station at all depths for extended periods of time and provides a  wide unobstructed view of the undersea world.

It is an amazing experience to be immersed in deep water without visual obstruction, everything tinted blue from the pale light of the sun; all so close, and yet so foreign; everywhere life suspended in a landscape projecting tranquillity and order, but whose story is really one of raw survival. And then there is the excitement of being inside a vast school of hammerheads numbering in the hundreds, or viewing the majesty of giant manta rays gliding effortlessly above, their outline silhouetted against the rays of the sun dancing across the water surface. Yes, this is a once in a lifetime must-do experience.