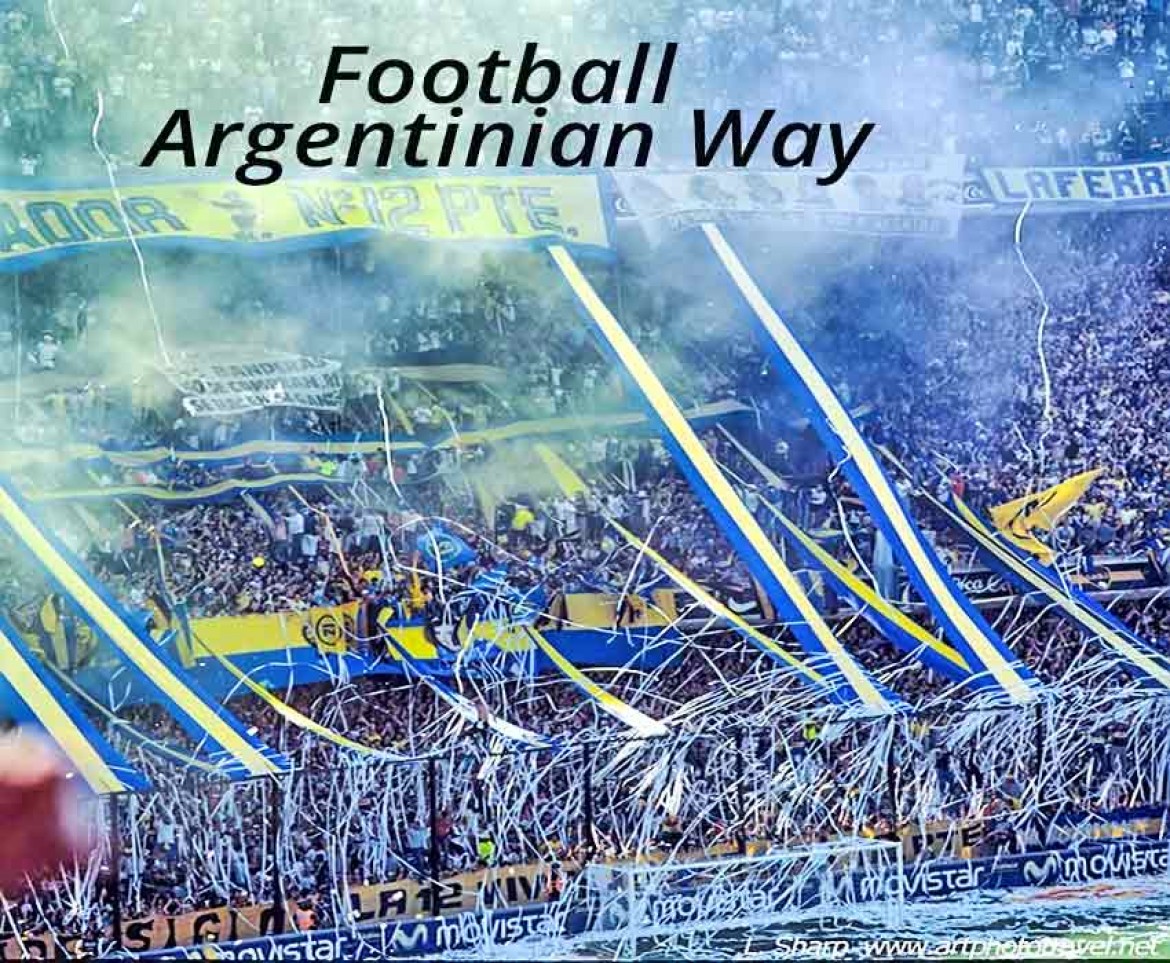 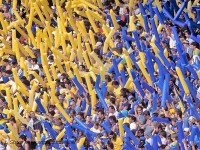 Of all the regular football matches, the one that reigns supreme for atmosphere and excitement is the match between Boca Juniors and River Plate at the Boca stadium in Buenos Aires. Both teams were spawned from the same club over 100 years ago, but time has not dampened the  passion, for the match is a re-enactment of the initial football game that decided which side would remain Boca Juniors and which side would have to leave and form a new club.  To Boca Juniors fans a win would justify the original decision, for River Plate fans a win would reaffirm that an injustice was bestowed on their side. So this is a match of passion and honour rather than one of technical mastery.
When I attended the match, I could feel the floor of the packed 50,000 seat concrete stadium flex below my feet from the chanting and stomping of the supporters. There were so many streamers that the goals were hidden and the colour of the grounds was speckled white.  Near the end of the match a penalty was awarded to Boca, and many supporters turned their heads away or rammed club jerseys in their mouths so if the kick failed no one would hear their cries of shame.  At the end of the game all Boca fans were required to stay in their seats as the River supporters were escorted by police from the stadium. The final score was a one all draw. What an amazing event.

fig3. View from our seats. The goal that saved Boca 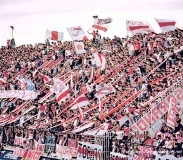 ♦It is expensive and difficult for overseas visitors to book tickets for this match.
♦There are a number of Argentinian agencies that advertise on the web. These include;
Tangol; http://www.tangol.com.
Ticket Football; http://www.ticketfootball.com.ar.
Buenos Aires 54. http://www.buenosaires54.com/english/corporate.htm.
♦I used Tangol. They picked us up from the hotel, provided a guide throughout the game, and took us back to the hotel. There was a group of 10 persons. The tickets were very expensive and the seats were high in the bleachers. I would have preferred better seats.
♦It is advisable to be escorted by an accredited guide as the event and area is potentially unsafe. We sat in the Boca supporters area and were told to wear Boca colours or at the very least, neutral colours.