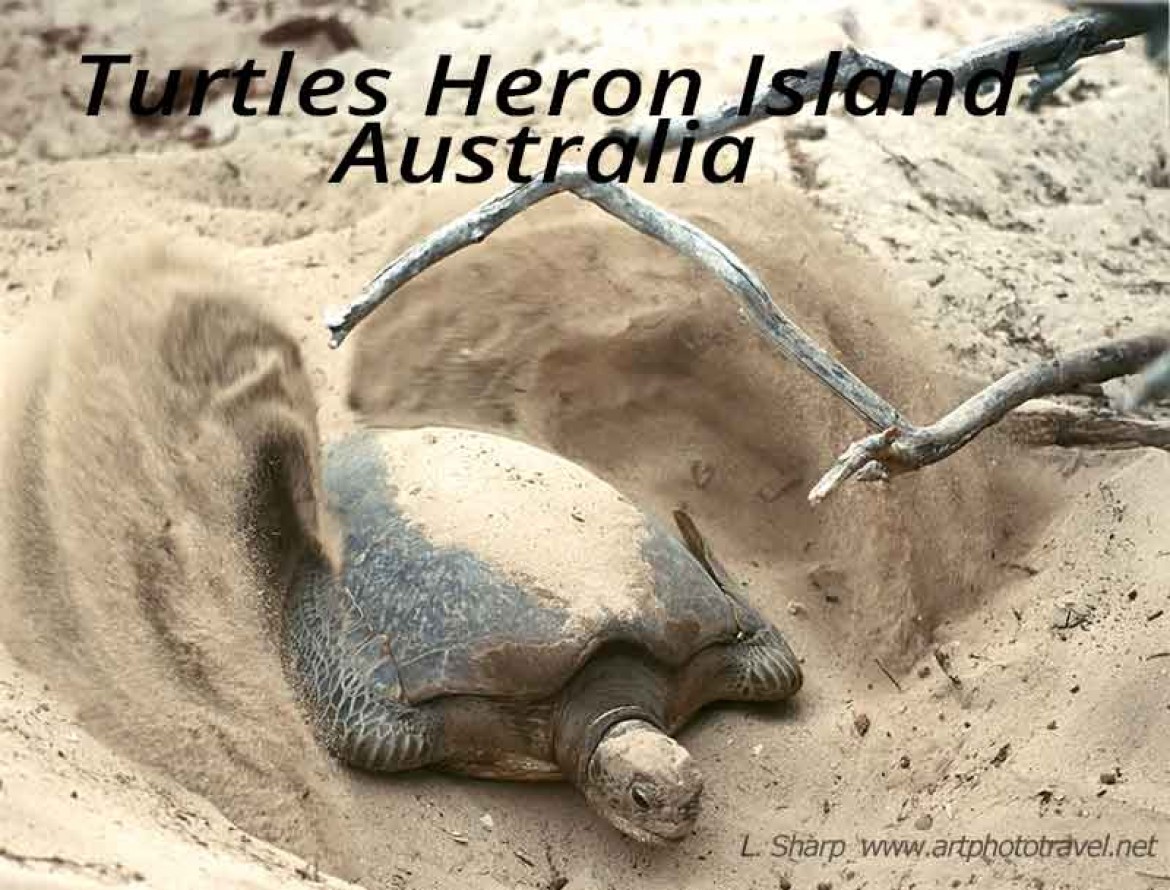 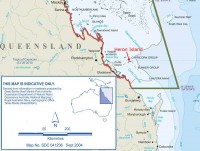 Heron Island is a small low lying coral cay located on the tropic of Capricorn at the southern end of the Great Barrier Reef, some 72Km off the coast of southern Queensland, Fig1. Being 300m at its widest point and 800m long it takes but 40 minutes to walk around the island. There is a small protected Pisonia forest that occupies 2/3 of the island and is part of the Capricornia Cays National Park. The remaining 1/3 of the island contains the Queensland University Research station and The Heron Island Resort http://www.heronisland.com/, which can accommodate some 200 guests in bungalows hidden amongst trees near the north-western shorelines, Fig2. The island is composed of sand and coral, surrounded by a fringing reef which is ideal for snorkeling and scuba diving, and is a major nesting site for sea birds and turtles. Due to the distance from the mainland and the boat transfer schedule, Heron Island has few day tourists. This provides a back to nature experience with pristine beaches and good water clarity. The peak activity for shore based wildlife occurs during the months of January through mid February. During this period Green turtles and some Loggerhead turtles come ashore at night during high tide to lay their eggs, while hatchlings from earlier visits leave the nest and rush for the water Figs5-7. Any hatchling still moving on the beach much after dawn is in mortal danger of being taken by  Silver Gull or Frigate bird which patrol the beach.  It also is the peak breeding season for black Noddy Terns and Reef Egrets whose nest occupy most branches of the scraggy Pisonia trees which surround the bungalows, Fig4. The birds nest down to head height, are tame, and habituated to humans.  Large number of Mutton birds (Wedge tailed Shearwaters) are also present. They dig burrows under footpaths and under the bungalows from which they create an infernal hooting which can keep most people without earplugs awake through the night.

Getting to and from Heron Island

There are two main transfers from the mainland to Heron Island. A helicopter from Gladstone airport with a flight time of 30min and the more common high speed Catamaran from Gladstone harbour taking 2 hours.
The Catamaran is certainly an experience in itself, although I would not consider it a pleasant one. Most of the visitors experience sea sickness and the boat company provides generic sea sick pills from its departure lounge.  Half way out to Heron, I became nauseous like most of the passengers, and looked out of the window and was gobsmacked. The oceans were calm! I put this unsettling boat motion down to the Catamaran design, which allows the boat to suddenly drop.  There is a further disadvantage of going by boat. The boat arrives and departs Heron Island at 2pm. With check-in and checkout protocols and orientation talks, the schedule effectively reduces the Heron Island experience by 3/4 of a day.
In contrast the helicopter flight is comfortable. The transfers are short, with no queuing, and the view from the air is spectacular particularly approaching Heron Island, Fig3. The earliest scheduled flight from Gladstone airport is 8:30am (some days) and the latest scheduled flight from Heron 3:30pm, so maximizing the stay at Heron.  If choosing one way with the boat, the return trip is generally smoother as the boat travels with the prevailing winds and the time on Heron Island is not shortened as much. 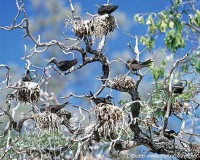 Some Observations for Heron Island

♦Heron Island is one hour ahead of Eastern Standard Time.
♦The resort costs are modest compared with other Great Barrier Reef resorts.
♦The peak wildlife activity is January through early February, but determining the best dates requires some planning.  The following need to be taken into consideration.
i) The turtles come at night on the high tide and must leave near high tide by early morning. Sunset and sunrise around this time is ~7pm and ~5:30 am heron island time.
ii) Swimming or snorkeling directly from the beach is not possible at low tide as there is too little water over the fringing reef.
iii) Some moonlight (best near full moon) is useful to help see the turtles in the dark, as the use of torches is restricted.
♦So choose a date where the high tide is between 7pm and 10 pm with the following morning high tide at 6:30 to 9:30am. The corresponding low tide will then be in the afternoon.
♦The tides, sunrise/sunset and moon phases can be determined from http://www.sailwx.info/tides/tidemap.phtml , alternatively Heron Island tides can be found at  http://tides.willyweather.com.au/qld/fitzroy/heron-island.html  and the moon phases for Brisbane can be found at www.timeanddate.com/worldclock/astronomy.html?n=47&month=1&year=2011&obj=moon&afl=-11&day=1

Fig7. Turtle returning to the sea

Fig6. A giant step for a hatchling at Heron Island

♦An unintended consequence of choosing high tide near sunset/sunrise is that there can be  fast currents at the diving sites during the tide change over, which will now occur in the early afternoon, Hence some compromise is required if all the activities are to be experienced.
♦December to March is the Cyclone season for north Queensland.  If a typhoon (hurricane) develops, this may affect the weather, the sea conditions and the water clarity at Heron Island.
♦Flash photography is not permitted so the best time to photograph is near dawn when the last of the turtles return to the sea.  Hatchlings can be seen near dusk or near dawn.
♦Photographically, I found Heron Island a challenge, and although I have been twice to the island each time for 6 days, I have been unable to obtain a top photograph.
♦Heron Island has 20 dive sites with its principal site being at the Heron Bommie (depth 10-12m) located a short distance from the harbour. It should be noted that  Heron Island does not have a dive site that ranks in the world’s top 100 dive sites e.g. see http://www.scubatravel.co.uk/topdiveslong.html
♦Nevertheless if one adds the overall ambiance of the island, the bird and turtle activity and the convenience of the snorkeling and easy access of good quality dive sites, I rank it in my top 100 places to visit in the world.