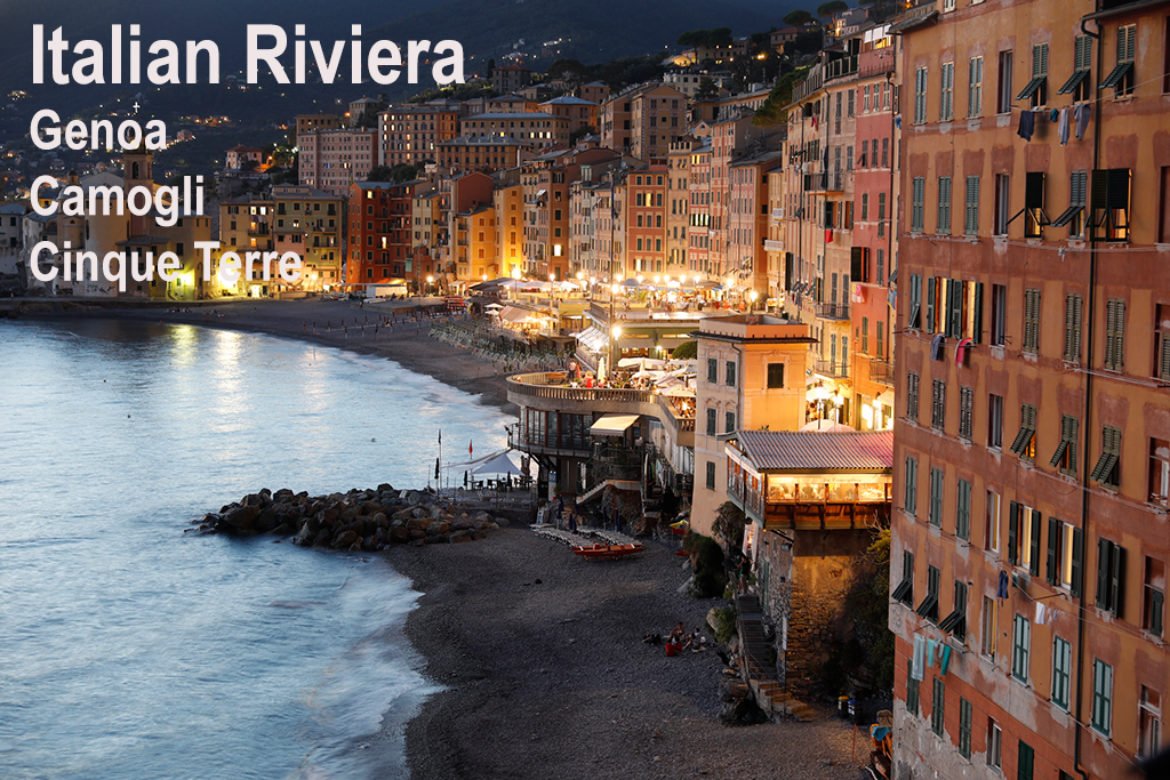 off the Salita Prione Genoa

off via Balbi Genoa

Genoa remains an enigma to me, as I have not yet worked out its core persona.
The city has a colourful history, initially profiting from piracy, and then later by funding Spanish exploration. It had a sizeable noble class with inter-clan and intercity rivalry that led to conflict and probably to its cultural ascendancy as the nobles tried to outdo each other.
During the Renaissance, it became an important mercantile trading centre which had the ignoble honour of introducing the black death to Europe when the pestilence was carried on its galleons returning from the Crimea.

So to me, the city reflects a menagerie of history, elegant buildings,
charming piazzas, and scattered amongst these treasures narrow lanes
encased either side by medieval buildings, personal washing strung out between the windows.

The staircase at the Bristol Genoa

Red Staircase at the Bristol Genoa

We stayed at the Hotel Bristol Palace, an elegant Art Nouveau building which has the feeling of a noble’s mansion, and at the turn of the 20th century was the place to be seen by high society.
It hosts a magnificent spiral staircase, which alone is worth a night’s stay.
Unfortunately, the hotel’s demeanour is set by the high turnover of clients, most of whom stay for one or two nights, stretching the staff. Still, it is very well located within the old part of the city.

Camogli, a 40-minute drive from Genoa, is an active fishing village with a spectacular
beach waterfront, presenting a curved promenade packed tightly with historic buildings.

The beach ‘sand ‘ is composed of varying sized grey pebbles and so does not compare to the idyllic white sand beaches of the Carribean or to the fine white sand of Bondi in Australia, but its promenade is visually stunning and world class.
I cannot comment on the various Camogli hotels, except The Conoibi de Dogi hotel where we stayed. In my opinion, It has one of the worlds great locations, positioned on a prominence overlooking Comagli’s beach-front. It has extensive grounds, including 3 restaurants and a pool, all with stunning panoramic views, as well as its own private beach away from the main public accessible concourse.
Its chef knows how to cook and the food is world class.
Expensive: Yes, Great Food: Yes. A must do place: Yes. 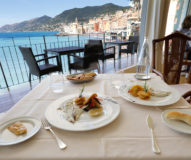 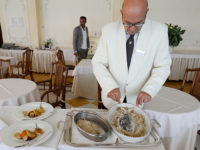 But be careful, for all bedrooms are not the same, there is a balance between size and view. The spacious sea view rooms are mainly in the new wing where  the view of the Camogli waterfront below floor four is obscured by the main building (see photo).  The lift in the new wing is accessed by 21 stairs so it may not suit those with limited mobility.

In the main building, the double rooms can be small. However, this building has bedrooms with stunning panoramic views, including our own room, 132 on the 3rd floor with its small private balcony directly overlooking the Camogli waterfront. Two similar rooms with balconies are 133, and 134. (also 131). The sea-view rooms directly below on the second floor are larger with two windows overlooking the the waterfront, but without a balcony. See photo.
The walk along the pedestrian promenade is spectacular. on the sea-side; the beach with the multi-coloured parasols and people suntanning and in the water the swimmers. on the land-side,;boutique shoppes and cafes and restaurants, and tall multicoloured buildings whose structures helped guide the fishermen home.

At the end of the promenade walk through the arch to enter the piazza marking the fishing marina packed full of small boats. Turn right before the archway and walk the small medieval lanes with enormous stairways leading up the hill.
What a marvellous place to visit.

A lot has been written about the five iconic centuries-old coastal villages dotted along a rough portion of the Italian Riviera. They used to rely on fishing, and grapes, with the vineyards being built on the steep terraces of the coastal hills. Then came the train, linking all five villages with the outside world. This improvement in travel, together with hillside erosion and modern market forces has made these practices untenable, and tourism is now its primary industry.

So Beautiful: Yes. Crowded: Yes. A must do: Yes.

The question is how to absorb their unique atmosphere without frustration from the large number of people and isolation of the 5 villages. For they are accessible only by train and boat, or walking the foot trails linking the individual villages. An experience reserved for the strong and fit.
For us, who are a little  older now, walking up and down stairs to catch the train is not as pleasurable as it used to be, so it we hired a small  boat from Monterossa and cruised the coastline around sunset. It allowed us to see into the villages from the front as most communities face the sea. A perspective different from the land.