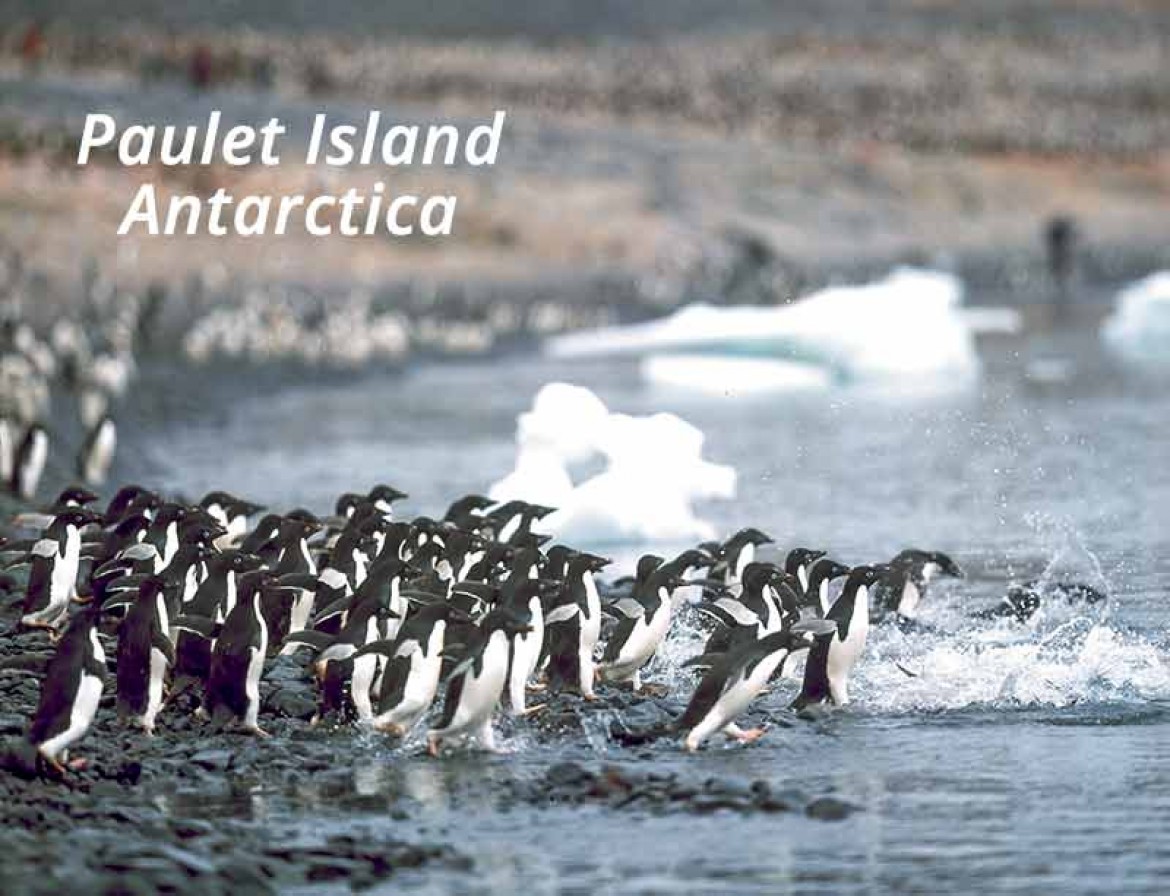 Paulet is a small circular island with a distinctive volcanic cone. It is located near the southern entrance to the Antarctic Sound at the tip of the Antarctic Peninsula. Often the Sound and its southern approaches near Paulet have large numbers of weathered old ice icebergs. This area is then a likely place to observe an isolated group of penguins atop of a small sculptured blue iceberg; one of the images prized by many landscape and wildlife photographers.In 2008, our expedition ship encountered sea ice, and drifting icebergs as it approached Paulet Island, partially obscured by a curtain of lightly falling snow. It was an icy and primeval vista right out of a Hollywood “lost world” movie. On shore snow and ice were everywhere, brash ice cluttered the bay near the shoreline; snow covered the black pebble beach and continued up the hillside lightly covering a 100,000 Adelie penguin rookery spread out over the island.

Just beyond the landing site was a Blue Eyed Shag rookery covering a rocky slope. It was also partly covered by falling snow. Along the shoreline, penguins were scurrying back and forth.  Some joined small groups that rushed into the water together to avoid leopard seals patrolling offshore, while others waddled back to their chicks bloated with food, their white chest stained red from swallowed krill.

My overall impression? Paulet is Antarctica.

♦ Access to Paulet Island is only by expedition cruise.
♦ Only 100 visitors are allowed on land at any given time, 50 during high tide.
♦ See Antarctica travel comments, https://www.artphototravel.net/polar-regions/antarctica-travel.
♦ I went twice with Cheesemans ecology safari, http://www.cheesemans.com/ , and found them very good. We stayed some 8 hours on Paulet.