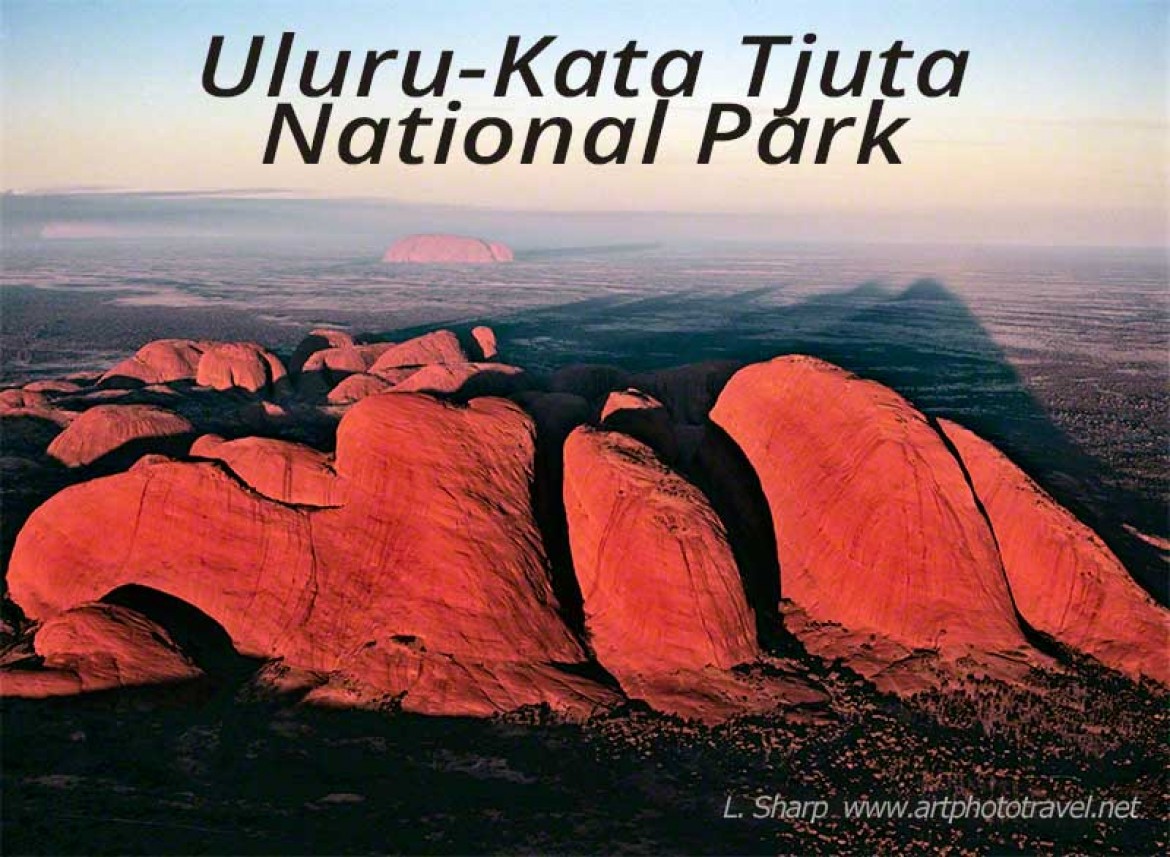 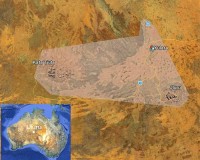 Uluru (aka Ayers Rock) is a world famous tourist destination located in Central Australia (see Uluru and Kata Tjuta map Fig2). But there is much more here than just the monolith and climbing to the top. Just before the point of sunset the whole landscape takes on a new persona with the rocks reflecting the brilliant red colours of the sunset. It is as if the land has woken up from its long daytime sleep, and discarded its drab bleached colours to be reborn once again.
50 km to the west at the end of a fast sealed road is Kata Tjuta (aka the Olgas), a jumbled collection of enormous rock slab domes with the tallest, Mt Olga being 200m higher that Uluru. This formation also takes on a different personality near sunset. It is rewarding to walk a short distance through the surrounding bush which is uniquely central Australian as well as exploring the canyons that surround the base of Kata Tjuta.

But the overall piece de resistance is the aerial view from a hovering helicopter at the point of sunset ( above featured image), looking toward Uluru 40km in the distance and Kata Tjuta glowing red in the foreground. Just at sunset the shadow of Kata Tjuta can be seen speeding across the plains towards Uluru. 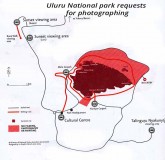 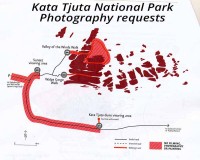 ♦The aboriginal land owners discourage visitors from climbing Uluru as it is a spiritual place.
♦Rent a car and gain the freedom to get to the vantage points at dawn and sunset.

♦Helicopter charters leave from the Ayres rock airport. It takes about 15-20 minutes to get to Kata Tjuta.
♦It is advisable to remove the door of the helicopter to prevent distortion and gain the widest view without obstruction.

However this classifies you as a professional or media photographer and you will need prior permission before the helicopter company will fly. See Uluru Kata Tjuta National Parks Information; email: uluru.media@environment.gov.au
♦Conditions for the permit include, a briefing at Uluru, not climbing Uluru, photographing all of Kata Tjutu, not photographing some aspects of Uluru, and submitting images and text before publication. Some of the places that are not to be photographed are shown in the last two figures.