This is an Update to my South Georgia Island Page

The months of  October -November present a different image to those of peak summer when the weather is warmer and more stable, and king penguin colonies are at their most spectacular. Instead, this is the time to witness huge elephant seal beach masters establish dominance and lord over their harems. King penguins still present in large numbers but their colonies are dispersed. Snow covers the ground and there is a definite “Antarctica” feel to the land with a soft, luminous light that is great for photography.

At Gold Harbour, the foreshores were guarded by beach masters protecting their harems.

Strolling along at Gold Harbour

Further along  the backshore, colonies of king penguin okemboys were huddled tightly against the severe weather, while their adult counterparts were widely scattered from the shore to the hills beyond the tussock grass.  There was a fierce wind that made walking ponderous, and so strong that it blew the falling snow horizontally, transforming the landscape into a black and white fantasy world. Yes, conditions were harsh but the experience was truly exhilarating.

Still the high risk of inclement weather coupled with shorter days, highlights the importance of the expedition’s philosophy and schedule in planning a trip during this period.

In my case, the expedition cruise catered  for four specialty groups: birders, photographers hikers, and trekkers retracing the Shackleton crossing, with the aim of providing the longest shore time. In my view, this objective was compromised in the main, as the schedule tried to visit too many sites (under the climatic conditions) to satisfy the aspirations of each group.

As a consequence, I felt, as a photographer, that 3 hours onshore at Gold Harbour was too short, as were most other landings.

1) Particularly in the spring, choose a tour that focuses on your speciality interest.
2) Visiting South Georgia on the way to the Antarctic Peninsula is as effective as a dedicated Falkland -South Georgia expedition that spends one or two days longer at South Georgia, as the latter needs to retrace its route northward from the southern tip.

3) For spectacle and highest chance of spending considerable  time onshore, go during peak summer months.
4) For mood and atmosphere, or to view elephant beach masters then October-November is suitable but there is a greater probability of bad weather affecting the schedule and fewer daylight hours onshore.

i) This was my third time in South Georgia, the other  2 visits were during December-January.
i) Practically all photographers used the Canon 100-400 mk II lens or Nikon equivalent,  even though they brought with them 400, 500 or 600mm prime lenses, including me.  A wide angle 12-25mm, or 16-35mm was also very popular. 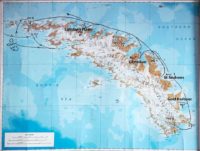